Your Complete Guide to Fat Transfer 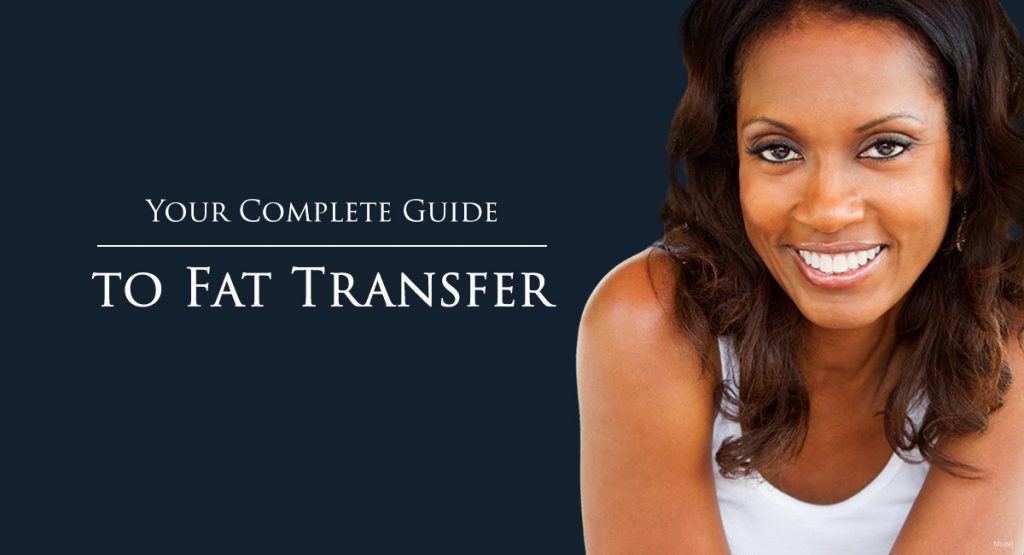 When you describe the concept of fat transfer procedures to patients, their faces tend to light up. “You can take fat from an area where I don’t want it and then put it where it will make me look better?” Fat transfer can offer the best of both worlds for the right patients. Even though the technique has only recently gained a lot of attention, I’ve been using fat transfer at my Los Angeles plastic surgery practice for years in a variety of ways.

Fat transfer—which is also called fat grafting or lipofilling—is a technique used to add volume to the face, breasts, buttocks, and hands. It’s a safe procedure that produces results that both look and feel natural.

A Brief History of Fat Grafting

The first documented use of fat grafting dates back to 1893, but it wasn’t until the second half of the 20th Century that plastic surgeons began developing more advanced techniques for the procedure. The most common use for fat grafting initially was for reconstructive procedures. It was in the early 2000s, however, when many more surgeons began using fat grafting for purely cosmetic reasons, including large-volume fat transfer.

Over the last 2 decades, the 3-step process used during fat transfer procedures has been refined to enhance the long-term results.

What Is the Process Used for Fat Transfer?

Transferring fat from one area of the body to another involves 3 distinct steps:

Harvesting: Excess fat is removed from areas such as the abdomen, thighs, or buttocks using liposuction. I use power-assisted liposuction (PAL) because it’s gentler than manual liposuction, which requires a surgeon to vigorously move the cannula (a thin tube) to break up the fatty tissue. Successful fat transfer procedures require as many fat cells as possible to remain viable during the grafting process. That’s why liposuction that uses thermal energy, such as radiofrequency or laser-assisted liposuction, isn’t appropriate for these procedures because they liquefy the cells.

Processing: When fatty tissue is removed using liposuction, it is mixed with blood and other impurities that need to be separated (much like oil from water). To do this, surgeons spin the tissue in a sterile centrifuge. The prepared fat is then placed in small, special syringes.

Injecting: Surgeons meticulously inject the prepared fat using a small cannula or needle, making multiple injections for areas such as the buttocks or breasts. When I perform fat transfer procedures, I carefully thread a line of fatty tissue in the natural tissue planes and repeat the process until there is a grid of grafted fat. It’s important that fat is layered in smooth contours so that the results look natural. Because not all the grafted fat survives the transfer process, surgeons initially inject more than is needed to create the desired outcomes.

You can see the results of a Brazilian butt lift patient I treated in this Instagram post:

Where Can Fat Transfer Add Volume?

Fat transfer’s versatility is one of the benefits of the technique. It’s commonly used to add volume to the face, buttocks, breasts, and hands.

Are You a Good Candidate for Fat Transfer?

The primary consideration when assessing if someone is a good fat transfer patient is that she or he has enough excess fat. People who exercise often, for example, may have too low a percentage of body fat to benefit from a fat grafting procedure. People who smoke are also not good candidates for this procedure.

Patients considering fat transfer breast augmentation who want to increase the size of their breasts by more than a cup size will probably need to combine fat with breast implants.

What Are the Pros and Cons of Fat Transfer?

There are a number of benefits associated with fat transfer, but also some limitations.

As with virtually any cosmetic surgery procedure, the skill of the plastic surgeon is the most important factor when looking for results that exceed expectations. If you want to learn more about your fat transfer options at a plastic surgery practice in Los Angeles, contact us using the online form to request a consultation. Or give us a call at (310) 300-1779 to schedule an appointment.